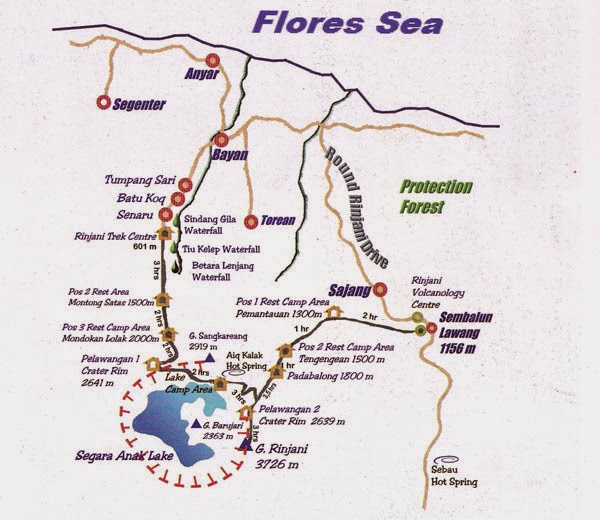 There are several routes when people want to trakking around Mt. Rinjani to get some experiences and enjoy the view of Mt. Rinjani and Segara Anak Lake, especially when you reach to the top.
Senaru – Pelawangan (north side of calderas edge) – Kokok Putih needs around 9.5 hrs. this is the easiest route with smooth slope and the best view of a new stream of lava of babanan.
There are two routes: Sembalun Lawang-Pelawangan-Summit; and Sembalun Lawang-Pelawangan-Kokok Putih. These two routes need the same length of time to complete, that is around 10.5 hrs. even though the second route is more difficult, people prefer to use this route because it is easier to reach the top of Mt. Rinjani.
This more difficult route can be completed in a day from Bayan to the calderas base.
This route is similar to the Sembalun Lawang Route because the footsteps meet the Sembalun Lawang Route on the western side.

Note: Among above all that trek routes, Only Senaru and Sembalun Lawang Village Routes are mostly used and most peaceful. 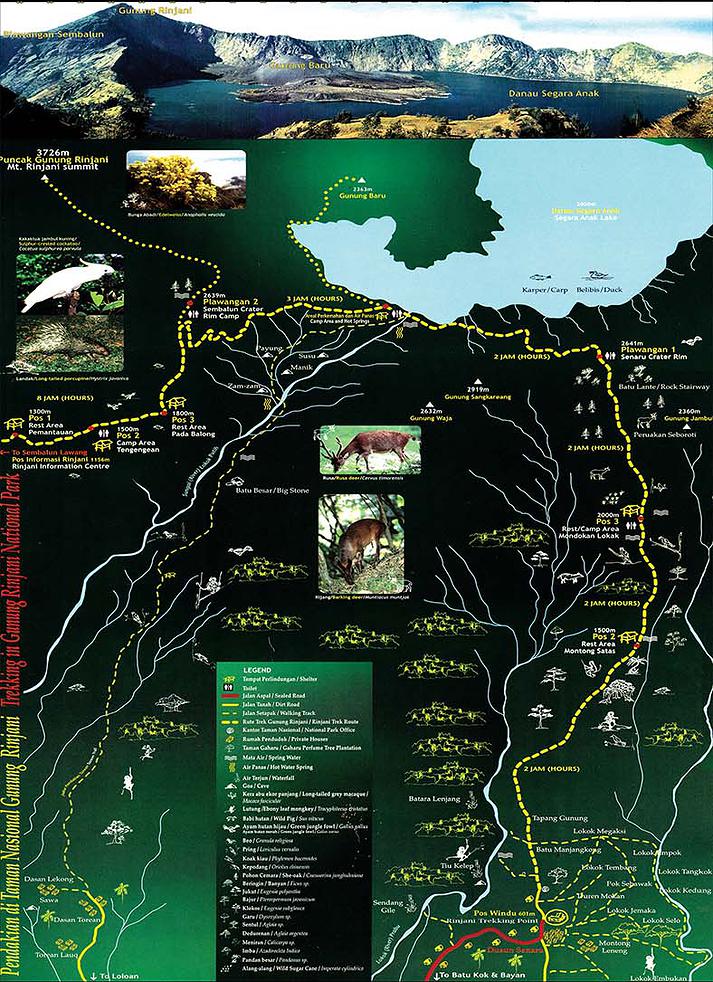