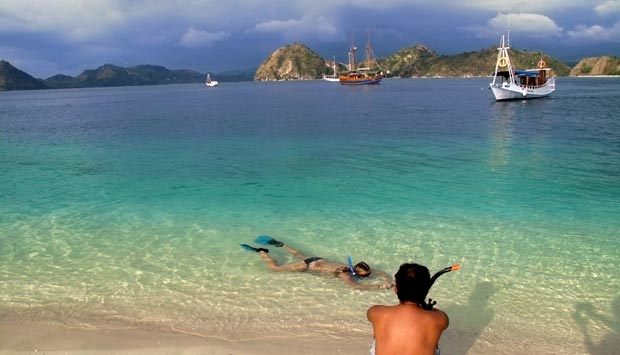 East Nusa Tenggara (NTT) province of Indonesia owns eight natural tourist attractions that have yet to be fully promoted to both local and foreign tourists, said Head of NTT Tourism and Creative Economy Agency, Dr Marius Ardu Jelamu in Kupang on Thursday, May 28.

Nested on top of Kelimutu National Park, Lake Kelimutu is located around 66 kilometers from Ende and 83 kilometers from Maumere. Uniquely, the lake consists of three crater lakes each showing different water colors.

In Liang Buaya cave in Manggarai Regency, fossil of prehistoric Homo floresiensis was found. Visitors will find stalagmites inside the giant cave.

Komodo Island becomes the most favorite spot for tourists visiting Flores. Tourist can walk around and being up close to the reptile Komodo with the assistance of a tour guide. The spot can be reached via Labuan Bajo, which is the entrance to the Komodo National Park.

“In Labuan Bajo, tourists can also embark on island hopping to surrounding islands such as Bidadari, Kanawa, Kukusan Kecil, and Serayu islands. Batu Cermin cave is also in Labuan Bajo,” said Marius as quoted by Antaranews.

Pink Beach offers carpet of pink-colored sand that can only be found in six other places Bermuda, Phippines, Italy, Greek, Bahamas, and Caribbean.

To enjoy underwater wonders in Flores, Kanawa Island is the right choice. The 32-hectare large island is located 15 kilometers from Labuban Bajo. Divers will likely to find manta ray, shark, and whales.

“Before arriving in the waterfall, travelers must go on 30- to 60-minute travel through Mbeling Forest,” said Marius.