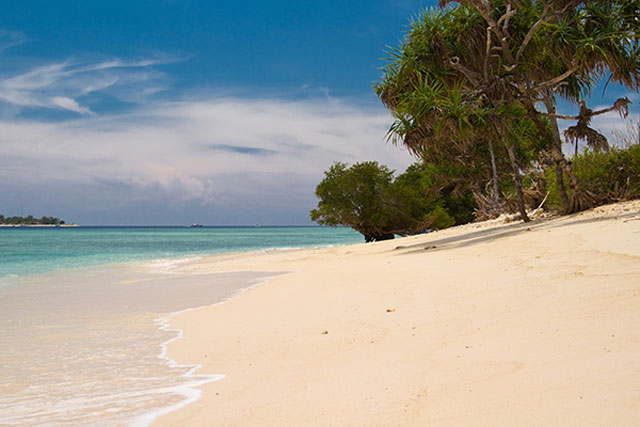 Gili Meno, the middle island, the smallest of the three Gili's and it is the quietest with fewer tourists. A great escape for honeymooners or someone who wants to get away from it all. A special feature of the island is the salt lake and spectacular dive sites such as, Meno Wall, Sea Turtle Point, and Blue Coral Point. The beach on eastern part of the island is very nice and there's snorkeling just offshore and further north. In the past Meno was known to have lots of mosquitoes but steps have been taken to control it. Still the best time to visit the island is during dry season.