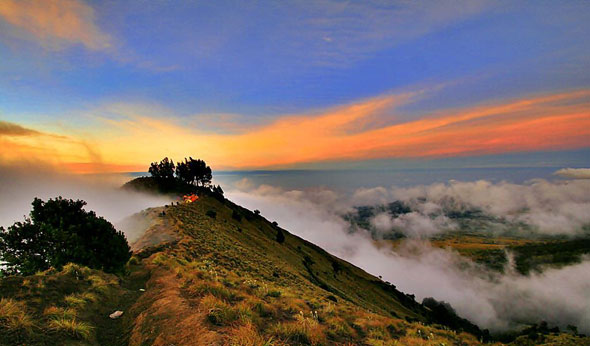 The government of Indonesia through the Ministry of Tourism has proposed that Mount Rinjani in Lombok, West Nusa Tenggara, be made a Global Geopark Network (GGN).

The Head of Regional Development and Planning Agency of West Nusa Tenggara, Chairul Mahsul, said here Tuesday that the document regarding the proposal has been sent to the Ministry to be forwarded to the United Nations Educational, Scientific, and Cultural Organization (UNSESCO).

"We are now waiting for a response to our proposal," he said, adding that the next site visit by the UNESCO assessor team to study the Mount Rinjani sites is expected in May 2015.

The administration of West Nusa Tenggara is hopeful that the second highest volcano in Indonesia will become a Global Geopark Network by 2015, Chairul noted.

Meanwhile, Adviser to the GGN of the Asia Pacific Region Prof. Mahito Watanabe remarked that the chance to make Mount Rinjani a GGN is wide open.

"Mount Rinjani has great potential. If the government seriously makes efforts, then it can become a world geopark," Watanabe had stated while visiting Lombok, West Nusa Tenggara, in August 2014.

In November 12, 2013, the Ministry of Tourism and the National Geology Agency had declared Mount Rinjani a National Park.

The declaration was based on geological settings, biological and cultural data, and the local communities roles there.